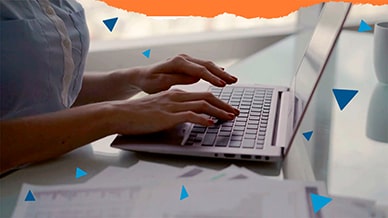 Are you having difficulty staying on topic while attempting to create a YouTube video? Perhaps you`re having difficulty coming across as genuine, despite the fact that creating content for a video requires preparation. If you have difficulty capturing the creative ideas you have in a video, it may be a sign that you need a new method of content preparation. A script is an excellent place to start, which may seem obvious and possibly even something you don`t want to do, but there is a lot of value in writing a video script, even if you don`t use it during the recording process!

It’s Not A Play

When you hear the word 'script', you probably envision line-by-line words for you to recite, as if you were an actor in a play. Though that approach may work for some people, it is not a good strategy for most content creators. Most likely, if you are currently creating videos using a rigid script and are having difficulty appearing genuine on camera, the blame falls with you and your script. We need to look at video scripts from a different perspective in order to fully appreciate their benefits.

Think of your video script as a reminder of the ideas you're most excited about or a way to think through your video ideas – not as the final version of the words you'll use in your video. When you have a new YouTube video idea, writing out how you want it to play out can be a really effective way to get your head around it. Some people may be ready to walk away from their notepad and begin filming with no notes in sight, whereas others will need to create some cues for themselves. Take the high-level points from your script and bullet them out on an easel or visual you can keep nearby if you need a reminder of what you plan to do next in your video.

Before you start writing, imagine yourself in a comfortable environment. Although a video script is not the same as a play, the setting is equally important. You could be casually discussing a new store you've visited with friends. You might be trying to explain a difficult concept to your younger sibling. You could also give a public speech in which you express your unique point of view. While the audience is essential, you must also find long-term ways to remain creative. As a result, try out various settings to see what works best for you.

Another advantage of choosing a setting is that it helps in the development of your character. After all, viewers return to your channel because they enjoy your personality. Ryan's World would not be a success without big smiles. Who would watch Good Mythical Morning if Rhett and Link weren't funny and weird? And we all know that the most popular gaming YouTubers are not the best gamers, but rather the most entertaining people. As a result, it is important to find a setting in which you can show off your best qualities.

Though much of your script is you putting your thoughts on paper, which appears to be quite free-flowing, there are a few things you should keep in mind as you write the script for your latest content idea. It is important that each video you post quickly engages and adds value to your target audience. Build your script around those two points, and you'll be sure to get people to watch your video. Let's dive deeper into the components of a effective YouTube video script.

Quick introduction: After your hook, you want to build into your script a very brief introduction – emphasis on the brief. Your viewer probably does't care very much about your introduction, especially if you got them sucked into the video with a great hook. Give a brief introduction yourself or your brand before diving into the main video.

Adding value with your content: When you've sufficiently drawn a viewer into your video, you'll want to keep them watching until the end. That means you must provide them with valuable content while also strategically planning how you will distribute it. You may begin by highlighting an issue that your target audience experiences in a relatable way, and then, towards the end of your video, you can solve that problem. This method not only creates connection with your audience by relating to them, but it also keeps you as someone they want to follow or subscribe to. As a final touch, you'll sign out on your video with a summary of all you`ve provided, emphasizing the value.

Learn video editing: You can make a better script if you understand what editing can do. Do you want to use slow motion to emphasize a scene? Do you prefer to use sound effects or music to convey your emotions? Do you want to contract two different scenes or include B-roll? If you are unable to make these modifications, your script may become less interesting and plain. You can always ask us to do it for you if you're having difficulty editing your videos. After a few cycles, you will get to know our capabilities and will be able to incorporate many features into your scripts and videos.

Whether you intend to use your YouTube video scripts word-for-word, as a guide for visual cues, or just as inspiration, writing a screenplay is important for creating high-performing content on a consistent basis. Using the template shared today, you will definitely start to see the growth you want on your channel!